Watch & Share Film to transform Foreign Aid to unlock billions of dollars for on the ground organisations.

Given the multiplicity of APPGs, we are mindful of the vast demands on parliamentarians’ schedules. We present the APPG for Aid Match a high impact initiative, with low time commitment that has a singular and clear focus; to collectively increase the aid pot for NGO funding for a spectrum of charities, issues, regions and UN SDGs, in so doing dramatically boost the income of your favourite causes, whilst providing rigorous transparency. It’s simple and unique focus is to expand existing aid matching policies; namely UK Aid Match, GAVI Matching Fund and Malaria Matching Fund. UK Aid Match doubles the income of frontline organisations, so that more aid gets delivered, more directly, through trusted channels. Combined, these initiatives have already delivered effective aid via over 100 blue chip NGOs in over 50 countries, positively impacting over 100 million lives, but when examined, the matching funds totaling £502m only represents a tiny 0.3% of Official Development Assistance (ODA) on average per annum (2011-2023). Imagine if a mere 3% of the ODA budget is used to match fund frontline organisations this could positively impact over a billion people around the globe. This is what this APPG is for – to significantly increase the percentage of UK Aid Match from the prevailing ODA budget, so without the need to increase government expenditure. Building on its continuing success, having received multiple funding rounds, parliamentarians would have a singular and unambiguous call to ‘Scale up UK Aid Match’.

Getting better taxpayers’ value is a universal concern regardless of whether you prioritise domestic over foreign aid spending. But whatever the size of the aid budget we should surely all agree that aid is well spent and directed to poverty alleviation alongside serving our national interests of defence, diplomacy and development. About a third of the global $180bn aid budget funds multi-lateral and bi-lateral channels whereby much of the money goes through multiple bureaucratic layers before reaching people on the ground. Alas, only a couple of percent of global aid budgets gets delivered directly via effective NGOs. Building on our aid policy successes, we are calling for the expansion of the UK Aid Match programme which doubles direct NGO funding thereby bypassing superfluous bureaucratic funding channels to deliver more impact. So, regular charity donors who engage with participating charities will see their contributions doubled by Government, the tangible results their contribution is making, and the reduction of Government waste. Charities can apply for large-scale funding, subject to the eligibility criteria, at ukaidmatch.org where applications can be made directly. For parliamentarians campaigning for their cherished charities, competing somewhat over a diminishing aid pot, can channel their activism via this APPG for Aid Match.

We would like to recognise and thank the parliamentarians who have joined the APPG for Aid Match, who care about delivering more direct aid those who are battling desperate poverty, see its list of Officers & Members  The wider the base of parliamentarians, the more we can convincingly argue for more concrete and cost effective aid, helping to widen the ‘good aid’ camp in both Houses.

The APPG for Aid Match is led by its chair, sustainability expert Alex Sobel MP, and co-chair, renowned economist Lord Desai, who will advance the MM Aid Model; a proven, working and scalable Model to improve the quality of, and increase the quantity of international development aid. Pioneered by Nobel Laureate Economist Sir James Mirrlees and Fortune Forum and Real Aid founder Renu Mehta the Model has the potential to unleash $100b of Real Aid annually when taken up by the richer target nations. The UK Government has led the way in adapting the Model’s central ideas delivering around £500m of Real Aid funds to trusted organisations via their flagship UK Aid Match, its Private Sector Department, and by implementing various accountability mechanisms, thereby improving over 100m lives globally. We pay tribute to The Rt Hon Mr Andrew Mitchell, Minister of State for Development and Africa for his leadership on designing & developing UK Aid Match. Whilst we applaud the UK’s leadership, for adapting MM Aid Model’s core ideas, the UK can do so much more. Such as increasing the match funding available. Such as working with us to ‘export’ this UK Aid Match success to G20 Nations. 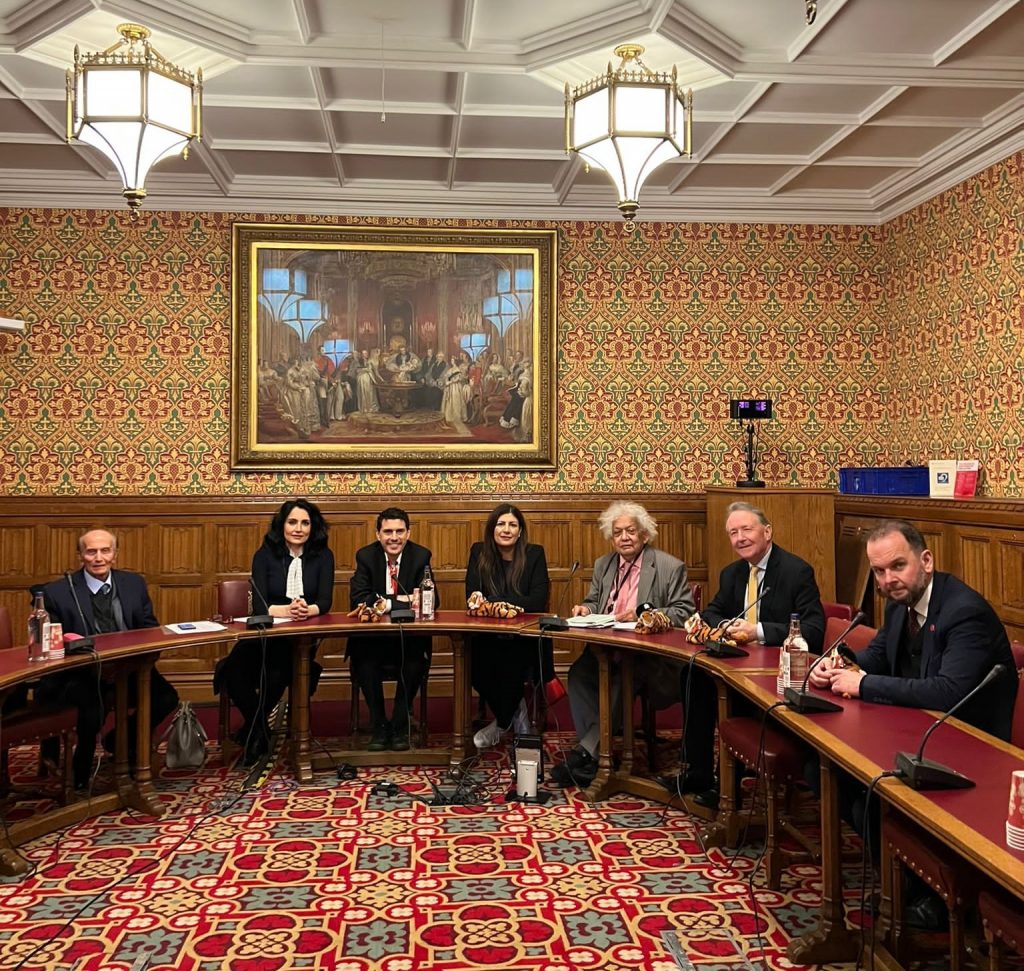 There are important UK initiatives such as the International Development Committee and complementary APPGs which perform an excellent job of scrutinising UK aid spending. This APPG will NOT examine detailed budgetary expenditure, nor be explicitly concerned with prioritisation of specific geographical or sectoral interventions nor duplicate the existing APPG efforts. The APPG for Aid Match will also serve as a place to incubate fresh developmental approaches. Accordingly, its purpose is defined as:-

‘To promote the scaling up of cost-effective aid policy and practice; namely proven Aid matching mechanisms to unleash more funds for more direct delivery to front line organisations. To inform debate and propose Real Aid recommendations and action towards reducing aid wastage to boost the impact of international development.’

Our distinctive focus does not preclude us from working with other APPGs or outside groups to build informal coalitions in order to achieve shared policy goals. Such coordination not only helps to minimise duplication of resources by groups, but also to avoid those with similar goals being played off against one another by opposing groups of parliamentarians. Proposed legislation known as ‘bills’ that are debated in Parliament are often the product of wider discussion involving external actors such as pressure groups who play a hugely important role in informing legislative debates in parliament or in defending policies previously negotiated successfully in Whitehall. The input of outside groups can be crucial for parliamentarians who lack the specialist support to scrutinise government policy alone. Hence, informing parliamentary actors can be the determining factor as to how legislation is perceived, received and conceived.

This website uses cookies to improve your experience while you navigate through the website. Out of these cookies, the cookies that are categorized as necessary are stored on your browser as they are essential for the working of basic functionalities of the website. We also use third-party cookies that help us analyze and understand how you use this website. These cookies will be stored in your browser only with your consent. You also have the option to opt-out of these cookies. But opting out of some of these cookies may have an effect on your browsing experience.
Necessary Always Enabled
Necessary cookies are absolutely essential for the website to function properly. This category only includes cookies that ensures basic functionalities and security features of the website. These cookies do not store any personal information.
Non-necessary
Any cookies that may not be particularly necessary for the website to function and is used specifically to collect user personal data via analytics, ads, other embedded contents are termed as non-necessary cookies. It is mandatory to procure user consent prior to running these cookies on your website.
SAVE & ACCEPT